What is Pelvic Ligaments Tests?

The procedure of Performing The Pelvic Ligaments Tests

Starting Position of the Patient – The patient lies in a supine position. As explained above, it remains the same in all three procedures.

For the assessment of Iliolumbar ligament

The patient’s hip and knee are flexed. Then after that, the examiner adducts the leg to the contralateral (opposite side’s) hip.

While performing this maneuver, the examiner presses on the knee to exert axial pressure on the femur.

For the assessment of Sacrospinous and Sacroiliac ligament

The patient’s hip and knee are maximally flexed. Then after that, the examiner adducts the leg towards the contralateral (opposite side’s) shoulder. While performing this procedure, the examiner presses on the knee to exert axial pressure on the femur. 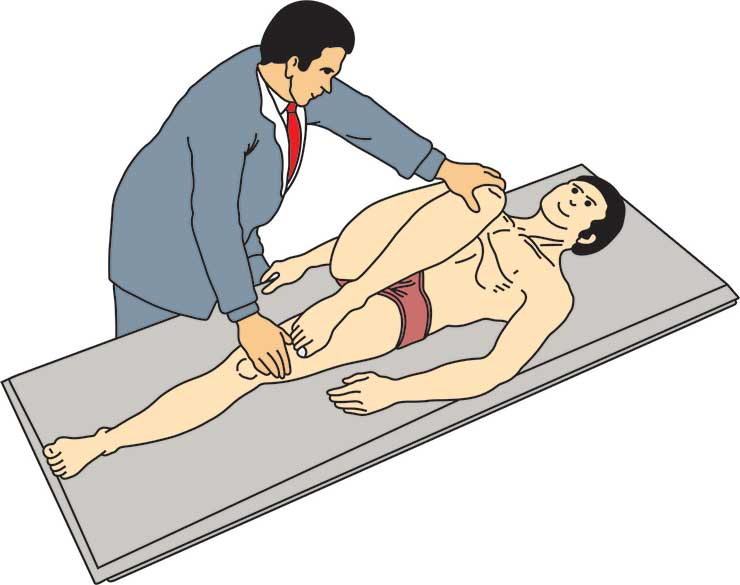 For the assessment of Sacrotuberal ligament

The patient’s hip and knee are maximally flexed. Then after that, the examiner moves the leg towards the ipsilateral (same side) shoulder. 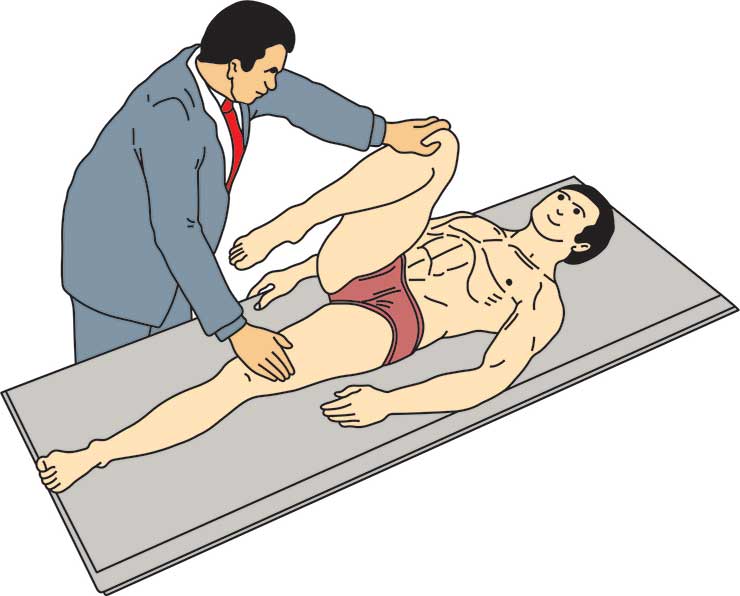 Stretching pain occurring within a few seconds can signify that there is functional shortening & excessive stress on the ligaments. However, it can also happen in a motion-restricted sacroiliac joint or hypermobile joint.

Pain caused by stretching the iliolumbar ligament is referred to the inguinal region (the differential diagnosis includes a hip disorder).

Pain caused by stretching the sacroiliac and sacrospinous ligament is felt within the S1 dermatome from a point posterolateral to the hip as far as the knee.

The pain caused by stretching the sacrotuberal ligament radiates into the posterior side of the thigh.

You May Also Read

Gaenslen’s Test – To detect any pathology or dysfunction around the sacroiliac joint.

Faber Test / Patrick’s Test – Used to assess the pathology or dysfunction at the hip joint, muscles around the hip joint, and at the sacroiliac joint.

Cervical Flexion Compression Test –  To identify if there is a Herniated disk in the Cervical spine.

Cervical Distraction Test – To detect the presence of cervical radiculopathy.

Maximum Compression of the Intervertebral Foramina Test of Cervical Spine – For Detecting Facet Joint Dysfunction in the Cervical Spine.

Some other Releated Tests

Adam’s Forward Bend Test – For detecting the presence of scoliosis (either functional or structural).

Neer Test –  For detecting the presence of shoulder impingement syndrome.